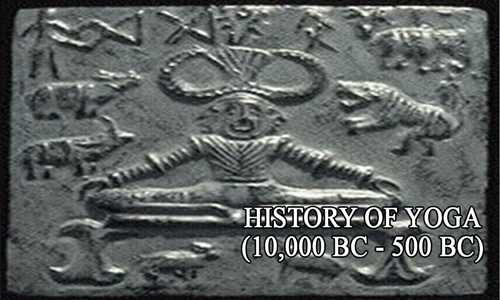 The first mention of the science of yoga is in ancient texts of Vedas, which are more than 10000 years old. The oldest copy of Vedas found is about 7500 years old. But it is believed that Vedas were orally transmitted for much longer than 10 000yrs or even more.
The Vedas were a collection of the science of Mother Nature, agriculture, mathematics, astronomy, social sciences, ethics & morality, culture, arts, Ayurveda, and much more. Vedas are composed of sacred songs, mantras, and rituals that were taught during that time. Vedas have four parts, Aranyaka, Samhita, Brahman, and Upanishads. In Upanishads, the first explicit references to yoga appear. Concepts of withdrawing the senses, controlling the mind, and attaining liberation are the main objectives in Upanishads.
There are four vedas, Rigveda, Samaveda, Yajurveda, AtharvavedaArchaeological Remains
The earliest verifiable traces of yoga date back over 5,000 years ago to the Aryan civilization in the Indus Valley. Archaeological excavations from the region uncovered numerous seals depicting a human figure sitting in a meditative position.
Facebook Twitter