Home/ on spirituality/Questions About the World

Questions About the World 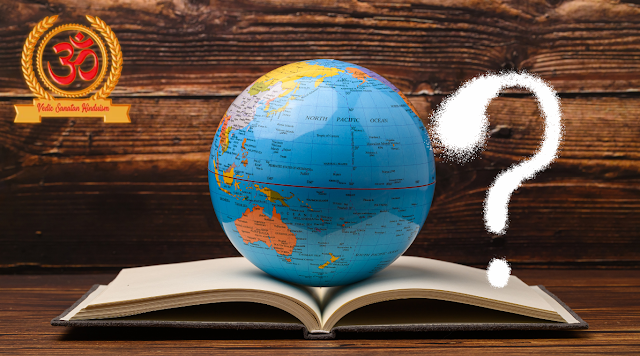 So what kind of questions are possible regarding the world?

The world is only a string of sensations to a newborn. There is hardly any meaning associated with those sensations and the baby has no words to express what she feels. Gradually things begin to acquire meaning, words begin to make sense, language skills begin to develop, and then questions arise. What kind of questions are asked depends on age, interest and upbringing. Not everyone asks the same kind of questions and not everyone expects the same kind of answers. The world-related questions of those with a discerning nature may take many forms. Here are two among the possible questions.

“What do we really mean by “world”?

“World” is a tricky word: commonly used and diversely employed. In a collective sense, the word is used to refer to everything other than one’s own self. Physically it can refer to the extent of the material universe known to cosmologists and astrophysicists. Often the word refers to natural forces and, just as often, to living beings, and usually to human beings. Some have only this planet earth in mind when they speak about the “world.”

What most of us imply by “world” most of the time is an entity much smaller. We normally move within a limited geographical area and meet with a relatively small number of people while engaged in a repetitive chore of duties—and it is this bubble in which our life revolves that usually comprises our own little world. On the outer fringes of this world are places and people we have read about or seen online or on TV. We may be reminded of them occasionally while watching the news or reading the papers or while on a trip to a distant place. But by and large our activities, physical and mental, remain confined within the bubble. For all practical purposes it is this bubble that serves as our world.

This world of ours is predominantly self-referential. Only that which is related to me, or to which I can relate in some way, becomes my idea of the world. Which is why no two people have an identical view of the world. Sometimes the views are so diametrically opposed to one another that we wonder whether they point to the same world. How often have we heard someone say, “This is a terrible world,” and someone else say, “How wonderful this world is!” Sometimes these are the words of the same person on different days. We view the world through the lens of the mind: my world is tinted with the color of my mind, your world is tinted with the color of your mind. Since the colors are different and they keep changing, it’s no surprise that what we see out there doesn’t exactly match.

“Is this world real?

This might seem to be a strange question to ask, perhaps outrageous, even silly. But a discerning mind needs to ask this question nonetheless. After all, what is the evidence that the world exists? The only evidence we can point to is that we experience the world: we can see it, we can hear it, we can smell it, we can touch it, and we can taste it. Moreover, our mind feels it to be real. Unfortunately, this is not enough of a reason to conclude that the world is real, because all of these things happen in dream as well.

Or does it? It is tempting to assume that the world continues to exist for others when I am asleep. No harm in making that assumption provided I accept that, in the same way, my dream world continues to exist for others in my dream even after I wake up. Am I willing to concede that? Am I also willing to assume that the dream world existed before I found myself in it? Seriously—does it sound credible that the waking world and all of my dream worlds exist simultaneously and we pop in and out of them periodically?

We judge a dream to be unreal when we wake up and encounter a reality which somehow feels more real than the dream. It is only in comparison with our waking experience that we judge dreams to be unreal. If we choose to perceive levels of reality—we already do this when we judge the world to be more real than a dream, which itself had seemed real until we woke up—then we cannot deny that it is possible for something else to be even more real than the world.

This is not only a theoretical possibility but also a reality confirmed through experience. There have been people—and there will always be some in every generation—who have experienced something which is more real, more “intense,” than this world. When Vivekananda as a young man asked Sri Ramakrishna whether he had seen God, his answer couldn’t have expressed the truth in a better way: “Yes, I see God just as I see you here, only in a much intenser sense.”