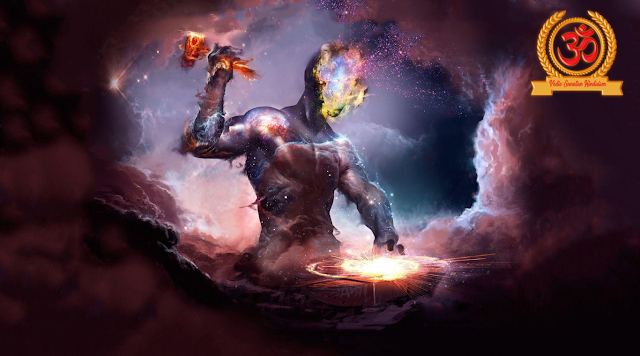 A convert formerly asked Holy Mother Sarada Devi whether everything in the world came into being at the same time. Mother’s answer was unambiguous “ Yes, everything came at formerly, not gradationally. ”

Whatever made the convert ask the question to Mother, he must have been stunned by her answer. It sounded as if Mother had noway heard of the proposition of elaboration. She was neither a scholar nor a scientist, clearly not in the sense we suppose of scholars and scientists. But she was( as Sri Ramakrishna said) Sarasvatī, the Goddess of Knowledge. Can there be anything at all that she would n’t know?

So what do we make of the convert’s question and of Mother’s answer?

When we suppose about the conformation of the macrocosm, there are propositions aplenty. persuasions have their own views on how this world was created. Science has its own propositions about how the world came to be. A question related to time divides all these propositions, religious or scientific, into two broad orders.

This is the question Did the world evolve over time or did it show up all at formerly?

important can be said in favor of effects taking time to evolve, as it's a common experience in life. Everything takes time. No seed evolves into a tree presently, no baby becomes an grown-up each at formerly. Why should the macrocosm be an exception? Why would it not evolve gradationally over time? Science and religion feel to be on the same side then. They both agree that it takes time for the world to evolve( or to be created), be it a many million times or six days. Science may differ with religion regarding the need for a godly being to produce the world, but it agrees that time was a factor in the process.

On the other side is the idea, counterintuitive maybe, that time is most surely not involved. The macrocosm as we know it came about not gradationally but all at formerly. To suppose of the process in terms of time is to assume that time is eternal and independent of the macrocosm. But is it? Did time live when nothing differently was? What's time really? Is it anything further than the gap that separates two events? If there are no “ events, ” as is the case when nothing exists, where is time? The idea of time depends on our experience of effects passing one after another. When nothing is passing and there's nowhere for anything to be, time simply can not live indeed as an idea.

Is it possible to imagine a script when time doesn't live? No need to imagine that. We know it from our own diurnal experience. Whenever we're in deep sleep, not indeed featuring, nothing is passing also and we aren't apprehensive of time at all. The idea of time does n’t live in deepsleep.However, the experience of dream offers us another precious tutoring, If the experience of deep sleep teaches us that it's possible for time to vanish altogether.

Dreams Educate us that it's possible for everything to spring forth each at formerly. Our dream world doesn't begin its actuality with the Big Bang or with anything indeed ever suggesting any of the elaboration propositions. Everything manifests all at formerly. The most ancient worlds and mountains and gutters are of the same age as a invigorated baby in a dream, because they all came into being at the same time. The moment we fall asleep, the waking world disappears right down, not gradationally, and the moment a dream begins, the dream world comes into view right down, not gradationally.

All of this may be true about dreams, but how does this apply to the waking state? It applies to the waking experience simply because it's insolvable to know with any degree of certainty that we aren't featuring at this very moment. After all, infrequently do we know a dream to be a dream while we're featuring. The dream world feels as real as the waking world. Indeed if someone were to come to me in my dream and tell me the plain verity, “ You're featuring, ” my response will be to roll my eyes and say, “ Are you kidding me? ” similar is the power of māyā! While we can not prove that we're featuring this very moment, we can not falsify it moreover. No bone can.

Look at it this way. What makes a dream a “ dream ”? Why is a dream allowed

to be different from our waking experience? To us the waking world seems to reflect reality whereas the dream world seems disassociated from reality, indeed crazy, hence fantastic . How can we be certain that what we suppose of as real is really real? We can not trust our senses, seeing how frequently we're wisecracked. We noway see effects in their wholeness. We know how limited a range our senses have. Indeed pussycats see further than we do and a canine’s sense of smell is several thousand times more important than ours. So who do we turn to confirm the nature of reality?

Still, concentrated, pure, If we trust the wisdom of the Vedas — whose authenticity has been verified through direct experience in every generation — whatever truly exists is eternal. This is the really real, and this is radically different from thepseudo-realities projected in both the waking and the dream countries. Since what we witness in the waking world is as much a fabrication as in the dream world or indeed in deep sleep, we may have to revise our understanding of what a “ dream ” is.

Is n’t dream really a state when we “ see what isn't real ”(a-yathārtha-darśana)? It's possible thus to say that there aren't really three countries — waking, dream, and deep sleep but rather three dreams the waking- dream, the dream- dream, and the deep sleep- dream. Look at the Aitareya Upaniṣad(1.3.12)

“ There are three kinds of dreams. ”

With this understanding, we realize that the real “ waking state ” is the state of the Buddha( lit. “ the awakened ”). Only when we see effects as they really are can we say that we've really woken up. When we come the Buddha, we witness our own actuality as horizonless and eternal, pure and perfect. Until also, we keep going in and out of an everlasting riffle of dreams, assigning them different names, similar as waking, dream, deep sleep, birth, death, revitalization, air, heaven, hell — and to this list we can add whatever differently we fancy.

Holy Mother’s answer gives us a choice beyond the restrictive double option handed by the elaboration vs creation debate. It's possible to suppose of the world as having surfaced all at formerly like a dream, without inescapably getting into conflict with the being sundries of creation and elaboration. Once the dream time kicks in, it's possible that some may see the world as the result of millions of times of elaboration. Some others may see the same world as the creation of a godly being, maybe in “ six days, ” or in whichever way one may interpret the expression. Both elaboration and creation are easy to imagine in the sphere of time.

A dream is indeed the creation of the utopian. Sleep is a prerequisite for a dream — and sleep necessitates obliviousness of one’s waking identity. It's possible to imagine Brahman, the free and immortal godly being, sleeping as it were and getting a mortal human being in the dream. This suffering dream persona of Brahman also tries to figure out who created the world, without realizing that the creator may have been Brahman’s own resting tone. Once that consummation comes, the road to a real waking up opens up fluently.

Was the world created gradationally or at formerly? This isn't as intriguing a question as the instigative possibility that the world was noway really created. It's imagined in a dream by Brahman, the only reality( sat), which manifests in my heart as mindfulness of my own actuality. The only way to end the dream is for me to abandon my dream- tone, wake up, and come my true tone again.