Home/ Speech of Swami Vivekananda./Freedom I of Trinity

Freedom I of Trinity 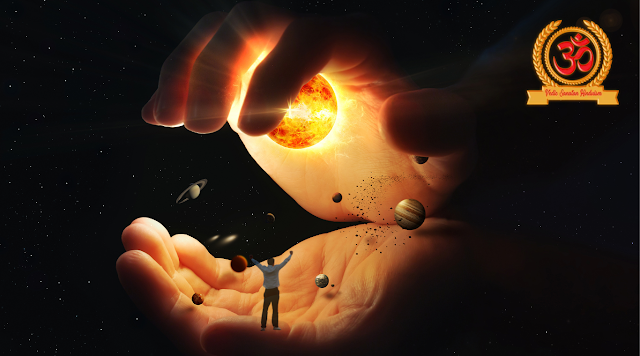 Denial of the will to live, knowledge, and samesightedness is the trio of emancipation. Freedom is the thing of the macrocosm.

We saw last time that the trio of thrall is ignorance, desire and inequality.

The trio of thrall is to be replaced by the trio of freedom, videlicet, knowledge, denial of the will to live, and samesightedness.

We've seen also that it's ignorance which initiates the chain response that culminates in the painful, vicious circle of birth and death and all the mess that occurs in- between. The only way to overcome ignorance is knowledge. Predictably, knowledge is the first reality in the trio of freedom.

The lower verity is who we're at present mortal, vulnerable beings, ignorant not only of our distant history but indeed of our immediate future. We need both the knowledge of who we're at present and also the sapience to realize that it isn't who we really are. Our current knowledge of the tone, our present “ I ” represented by the pride, is at best a “ lower tone ” or, as Sri Ramakrishna liked to call it, the “ callow-I. ”

Still, it's possible to awaken the “ advanced tone, ” or to get to know who we really are, If we noway let go of the sapience that our presently educated tone is the “ lower ” tone. The knowledge that “ saves ” us is the knowledge that wakes us up from the dream- convinced false identity of a mortal, amiss mortal being.

We wake up and discover our true identity of the free, immortal and godly Being. The more the “ callow- I ” is chalet, the further the “ ripe- I ” begins to take its place. When knowledge reaches its capstone, the “ I ” drops off and the anecdotage alone remains, manifesting the two other realities in the trio of freedom denial of the will to live, and samesightedness.

The will to live is a direct, if generally spontaneous, response to the fear of death. Ignorance makes us cleave to life with the stopgap of keeping death as far down as possible. One of the first fruits of knowledge is the consummation that life is thick from death. We can not understand life without understanding death, and vice versa. Life without death is insolvable. The expression “ eternal life ” becomes meaningful only if and when “ life ” is assigned a meaning different from life as an counter of death.

Denial of the will to live implies denial of indeed the possibility of death, since both life and death belong to the body. The body is part of the “ callow I ” which has dissolved. With the clarity of vision bestowed by the anecdotage of knowledge, we're suitable to rise beyond both life and death. What lies beyond them is Being or Actuality itself. It's this that religious textbooks relate to as “ eternal life. ”

Another fruit of knowledge is the perception of sameness. We're same only at the spiritual position. Physically and psychologically we're different, because “ name ” and “ form ” divide — or at least feel to divide — the wholeness. As water, the ocean is one, indeed nonstop, yet we divide it with names similar as the Pacific or the Atlantic. The wholeness of the ocean is affected also when we fete the forms of its swells. Yet it's easy to see that these divisions grounded on name and form are superficial. They may serve a useful purpose, but principally similar divisions are more illusory than real.

It may be possible, indeed if superficially, to produce divisions in the material world. At the position of spirit, however, division are insolvable, because — as pure knowledge — spirit is inflexible. It's also one and horizonless. It's knowledge that endows the person with clarity of vision which isn't hampered by names and forms. Names and forms do n’t vanish, but they no longer count when we see the deeper reality that undergirds them. A spiritually free person sees through all names and forms, and encounters the concentrated spirit far and wide. Samesightedness is the natural result.

In his addresses on Jnana Yoga, Swamiji raises these questions “ What's this macrocosm? From what does it arise? Into what does it go? ” And this is his answer “ In freedom it arises, in freedom it rests, and into freedom it melts down. ” Swamiji’s words on the trio of thrall and the trio of freedom are useful springboards for our own particular reflections on the subject.